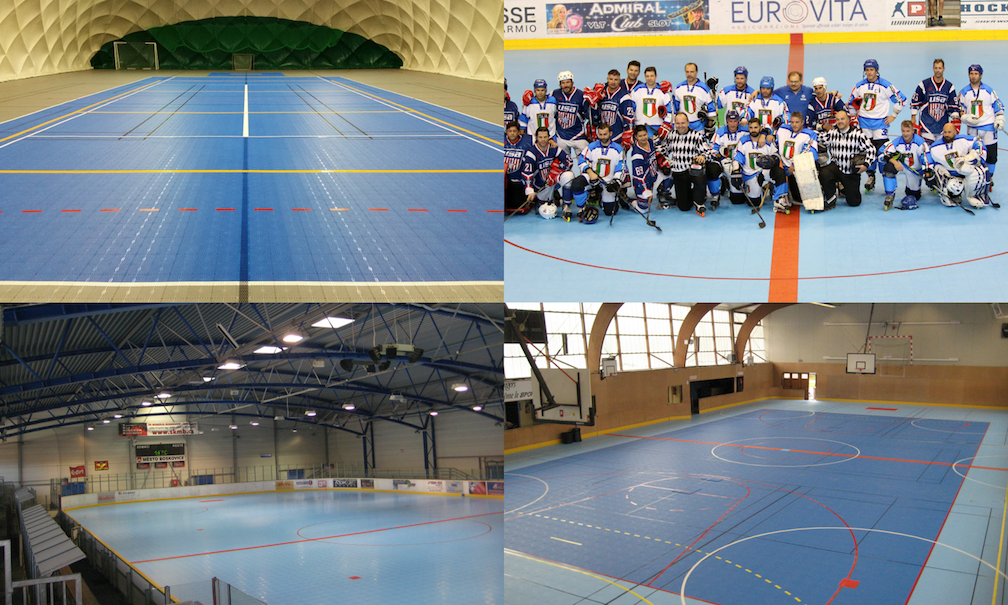 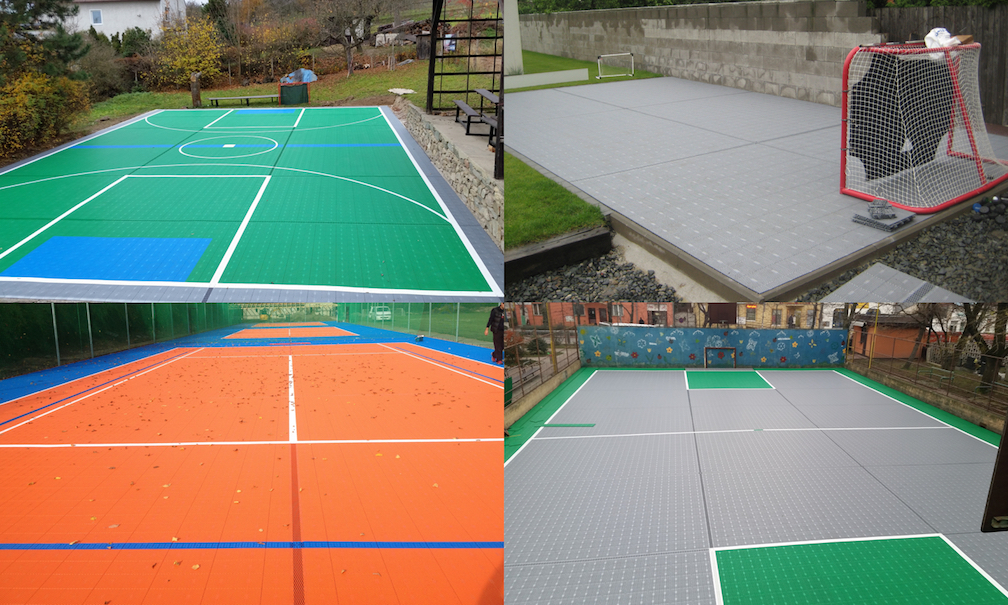 Polypropylene new generation sport surface is removable, mobile, easy to store and it is used instead of PVC or wooden floor. For its very good qualities, it is used mainly in schools, gyms, sport halls and other sport groundsnds.

Surface is constructed out of square tiles made of special mixture of polypropylenes. Each Stilmat Inline tile has connecting locks. Each side of a tile has five locks that make mounting and demounting quality and quick and easy. Every tile can be easily removed from complete surface in case of damage even if it is in the middle of the sport field. As producers we are mainly asked for light blue tiles but in minority also red tiles (for the middle line and crease for example), but we also produce dark blue and yellow colour of tiles. There is always an option for our client to choose any colour of tiles.

As the only producers we have chosen matt surface for our tiles and it makes game better for players because there are no reflections from surface.

Field marking is done by stick-on tapes of any colours (depends on client’s wishes and a kind of sport). Tapes can be removed easily and with no rest on the surface. It is possible to put tapes of more than one colour for more sports on one surface. Where there is space between two tiles tape is cut, so tape means no problem for removing tiles.

As a sponsor of CZECH IN-LINE NATIONAL TEAM, I have to mention in-line hockey and other sports with roller skates. But Stilmat Inline surface can be used also for other indoor and outdoor sports as little football, floorball, hockey, handball, basketball, lacrosse etc. Stilmat Inline surface has been approved by International In-line federation FIRST and Czech streetball association.

Stilmat Inline tiles are made to be put on any even surfaces like concrete, asphalt, wooden, gummy surface etc. We can also put stabilizing and damping gummy bed under tiles. It is better for player’s joints while they are running, but on the other hand it can slow roller skating players down

There has been played Senior In-line Hockey World Championships 2003, 2005,2009 and 2010 on Stilmat Inline surface. There are also played exhibition games, school tournaments of streetball, hockey or floorball on this surface. Also World and Europe tournaments of handball are played on this type of surface.

Surface mounting and demounting is very quick and easy. Five-man experienced crew can mount 1800 m2 surface and line fields on it in from 5 to 8 hours. In case of necessity surface can be demounted, put on palettes and moved to a room of ordinary garage space in approximately 4 hours. The temperature in a storing room should be from -10 to + 50°C.

Servicing is very easy. Cleaning is possible to be done by current washing liquids, Hand and machine cleaning too is possible.

We are looking forward to work with you!